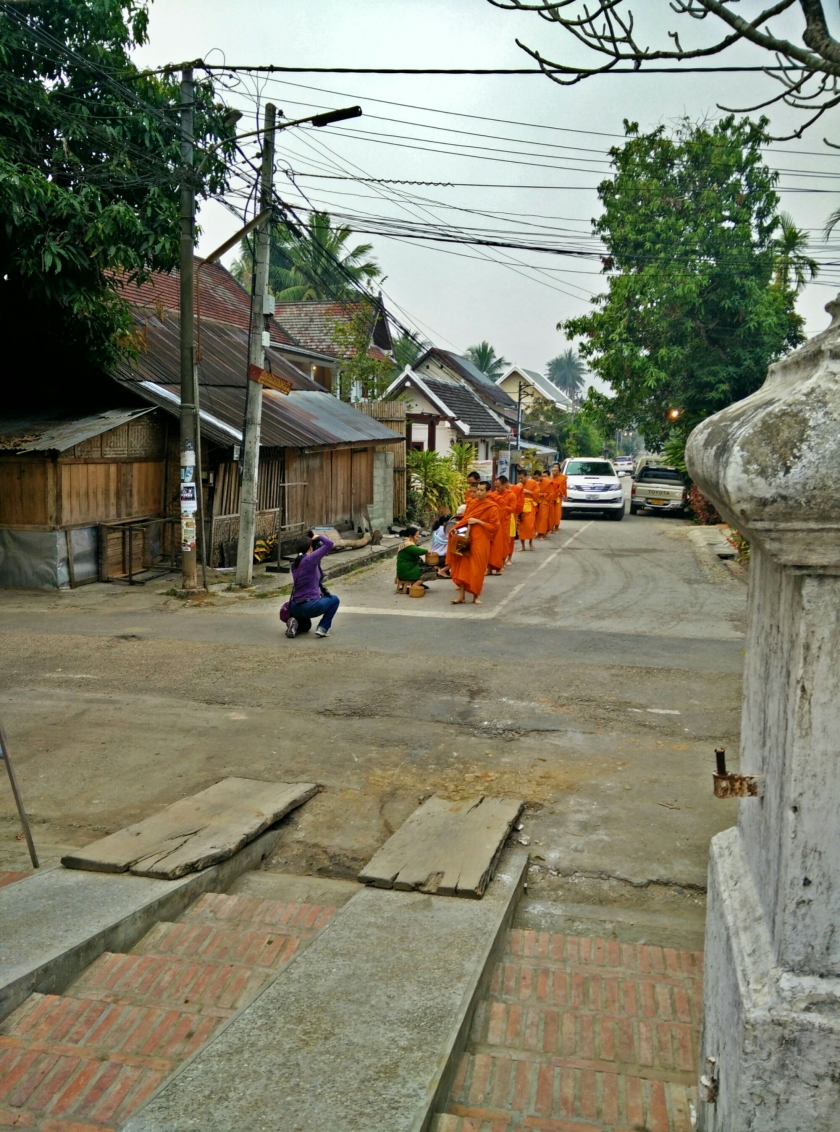 They walked bare footed, in saffron uniforms basically composed of a sheet, and with heads shaved.
We bared little. We were uniformly diverse in our attire except for the required accessory of the camera. We labored about our hair.
And yet there was a pact of sorts.

The monks had agreed to keep their ritual alive. They would, as they had for years, take a morning meditative walk (known as “tak bat”) gathering offerings of food from locals looking to build merit by supporting the monks. We foreigners were drawn to this ceremony, so much so that we were being asked to adhere to guidelines on our end. Published throughout town were signs advising on how to stave off offensive behavior by not stopping a monk’s walk for your photo or dressing disrespectfully for with exposed shoulders and legs. Tourists wanting to participate get dropped off in vans to pre-set mats with foods ready to offer. Much is written about how this religious ritual has been distorted or even perverted by foreign tourist paparazzi. Reportedly, monks even threatened to stop and the government rebutted by threatening to hire people dressed as monks if they stopped.

It’s bizarre. I can’t imagine flocks of tourists coming to photograph daily communion at mass. Is it the thriving aspect of young boys actively engaged as Buddhist novices while Christian devotions seem to be waning (at best) that draws the tourists? Or just the amplification of the exotic not to be found at home experience? Monks perform the tak bat throughout Laos, Thailand and other parts of Asia; photos even exist of the present Thai king performing the ritual when he was a monk for 2 weeks. Imagine one of our leaders walking barefoot, silently accepting offerings of food prepared by the common citizen. 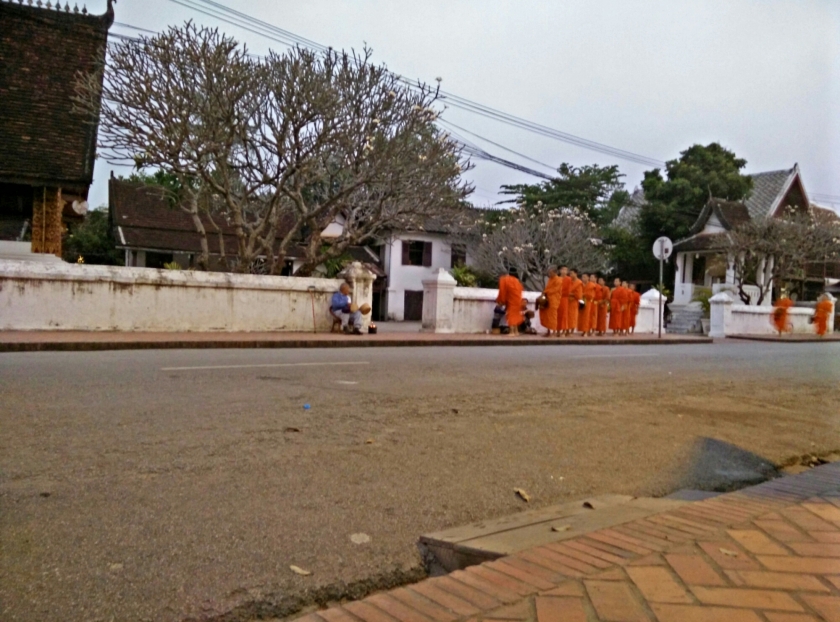 Drawn by curiosity and deterred by flashbulbs, we went early to the far end and sat in front of a house opposite where the monks walk. We saw the young monks smoke and spit as they peeked out to see the morning group before drums announced the start of their walk. Later, we saw them return to one temple, sharing part their food as an offering to Buddha and joking with their teacher. We saw neighbors quietly catching up on their news before the next temple’s monks arrived. Solemnity remains in the ritual, at least when seated at the periphery (with your flash off). 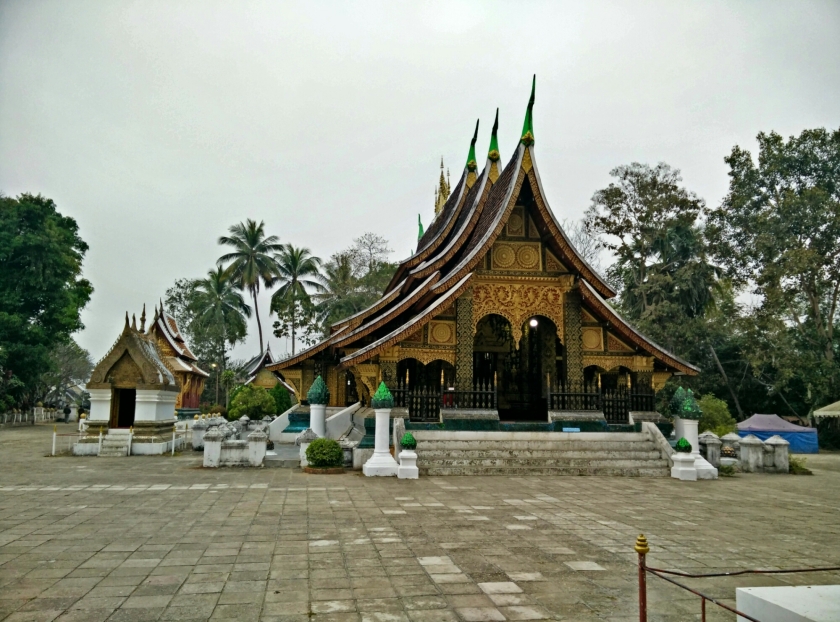 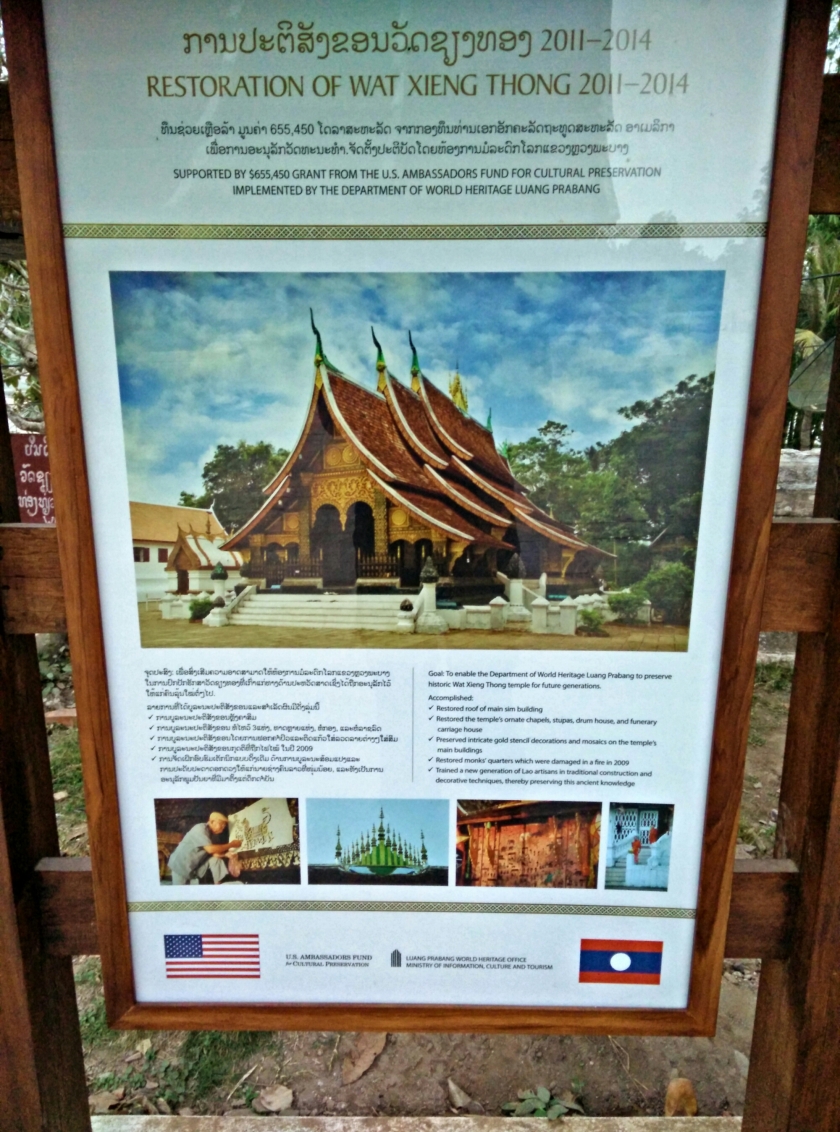 Not accustomed to the monks schedule, we had a stop in a temple followed by a leisurely day of coffee shops and planning our next few stops. 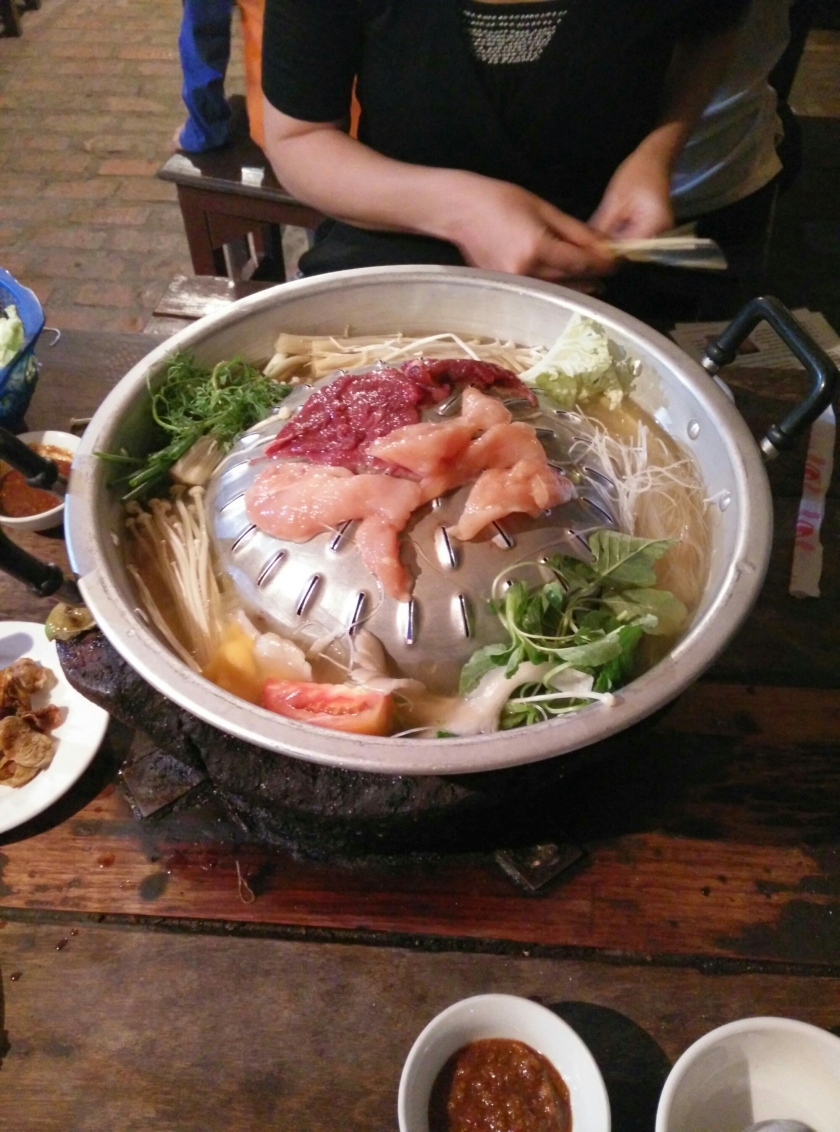 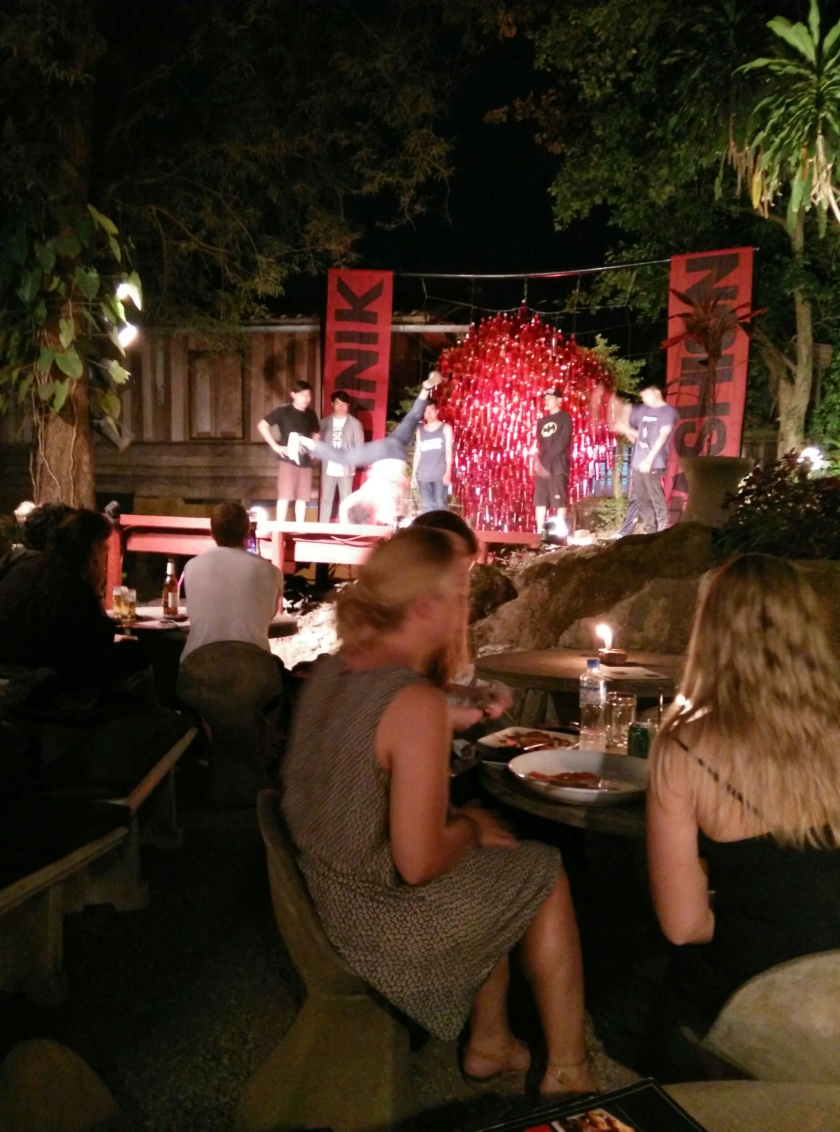 I was able to squeeze in dinner at a local BBQ, but it wasn’t until we left that T told me he was also being BBQed by falling coals! To make it up, we went for beers and fries at a bar where a breakdancing group was throwing down some classic moves. Can’t top that – except with one last mango sticky rice!